"Let's open the doors of our universities to all students fleeing Ukraine, including those from third countries"

The petition was sent to the Federal
Council on May 22, 2022.
Thanks to all the signatories

About us |  Processing your data

The Federal Council has shown great solidarity by activating the protection status S for Ukrainians on 12 March 2022[1].

This status, the activation of which was unanimously approved during the consultation of the cantons, is granted to Ukrainians and their families, stateless persons and third-country nationals enjoying protection in Ukraine.

It is also granted to third-country nationals driven out by war, provided that they had a valid legal residence permit in Ukraine before leaving and that they cannot return safely and sustainably to their country of origin. Nationals of these states who do not fall into these categories are subject to an asylum procedure[2].

By activating protection status S, Switzerland has aligned itself with the European Union’s decision of 4 March on temporary protection[3]. This text favours a simple and rapid reception of Ukrainians but does not offer concrete solutions to other foreign nationals, including students from Africa and the Middle East fleeing the same war.

More than 4.6 million people have already fled Ukraine. According to UNESCO, there were 61,000 foreign students in Ukraine in 2020[4]. Some of them have already applied for protection in Switzerland, but most of them do not meet the criteria for either protection status S or asylum, as they were in Ukraine to study.

Many of them risk being sent back to their country of origin and not being able to continue their studies during the procedure. They have experienced in Ukraine the trauma of the bombings and the same scenes of horror that rightly arouse our solidarity for the Ukrainians.

We are dealing with applicants for protection with particular profiles: students of medicine, business administration, computer engineering or cyber security. They come from the Ukrainian university system, which is equivalent to ours. They often speak Ukrainian, Russian, English and/or French.

Their future depends on the continuation of their quality training, which most of them do not have access to in their countries of origin, and on the decisions of our authorities.

Out of solidarity and in order to contribute to the development of their countries of origin, we must help them to complete their training so that they can serve their countries. This is a concrete contribution that is also beneficial for Switzerland, rather than mobilising resources for tedious asylum procedures.

Let us ensure that our unprecedented solidarity fills the gaps in the EU’s decision of 4 March, which has been taken up by Switzerland.

– At the European level, we call for the establishment of an ad hoc mechanism to enable students from third countries to continue their education at European universities and colleges. Such a system could include, for example, a temporary residence permit to complete their studies, with the possibility for the students in question to return to the Ukrainian universities that would be operational at the end of the war.

– Failing that, we call on Switzerland to ensure that these students are accepted in our schools for the duration of the war.

– The date of 30 April 2022 is the closing date for registration at several Swiss universities. We ask the Federal Council, the universities and the colleges to take the necessary measures to facilitate the application of eligible third-country students in their various courses of study, without these students being affected by the conditions of residence, while awaiting a solution to their situation. Let’s follow the lead of countries like Germany[5] and France, which are already moving in this direction. Aix-Marseille University has even decided to enrol “refugee students from Ukraine, including foreigners”.

– We ask our universities to extend their support programs for Ukrainians to all students affected by the war in Ukraine.

Because we want to extend our solidarity to all those affected by the war in Ukraine and to give meaning to Switzerland’s humanitarian tradition, we Swiss academics are willing to continue the education started by our Ukrainian colleagues to all students who are refugees from this war, including those from third states.

*An idea of the Swiss initiative SaveAfricans-Ukraine, inspired by the tribune published on 3 April by French academics[6] 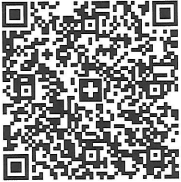